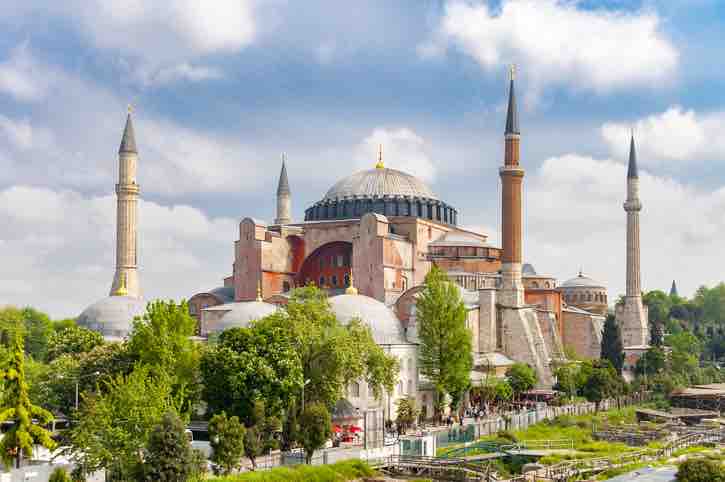 Alchemist Zosimos of Panopolis describes the art of distillation.

The final surviving part of the great library of Alexandria, founded in the 3rd century BC by Ptolemi 1, Alexander the Great’s successor, after two previous fires, is finally destroyed by the Coptic Pope Theophilus in 391 AD.

Following Galen’s time, over the next 300 years the Roman Empire was weakened by plagues, inflation, corruption and political incompetence. Huns and Visigoths and other tribes learned from and copied Roman military techniques and tactics to defeat them in battle and invade the empire. Rome was sacked in AD420 by the Visigoth king Alaric and in AD476 the last Roman emperor was deposed by the German chieftain Odoacer. This was the start of the dark ages in Europe.

The Dark Ages and Medieval Europe

Learning was preserved only in Christian monasteries throughout Europe. Spoken Latin fragmented into French, Italian and Spanish. Classical Latin became the pan-European language of scholarship. Illness was considered a punishment from God and prayer was the main remedy. Starting in the 10 century in Salerno in Italy and in Toledo in Spain in the 12th century, through translations from the Arabic into Latin, medieval Europe rediscovered the works of Galen and Hippocrates with Avicennna’s the Canon of Medicine being equally important and influential.

Reading stones were invented by the Berber polymath and engineer Abbas Ibn Firnas who developed a process for converting sand into glass which would be shaped and polished into stones for viewing. Rock crystal and beryl were also used. By 1,000 AD they had become common.

Between 324 and 330 BC, Constantine transferred the main capital from Rome to Byzantium, later known as Constantinople. Roman state traditions survived but in the 11th century onwards and finally ended in 1453 when Constantinople fell after a siege by the Ottomans.

– The rise of the Islamic Abbasid dynasty and the Islamic Golden Age.(Ends with conquest of Bagdad, seat of the caliphate, in 1258 by the Mongols.)

“The House of Wisdom” was established in Bagdad. Muslim and non-Muslim scholars set about translating all the world’s knowledge into Arabic. Works of antiquity that would otherwise have been lost are translated into Arabic and Persian and later translated into Turkish, Hebrew and Latin. A new, easier writing system and the introduction of paper made it possible for the first time in history to be a professional writer and bookseller. Medical texts from India, Greece, Persia and Rome were translated into Arabic. Greco-Roman medical knowledge was synthesised and made systematic – with new encyclopaedias and summaries. Medieval Europe rediscovered the works of Galen and Hippocrates through Arabic translations in the 12th century together with that of Avicenna’s the Canon of Medicine, of equal importance and influence at the time.