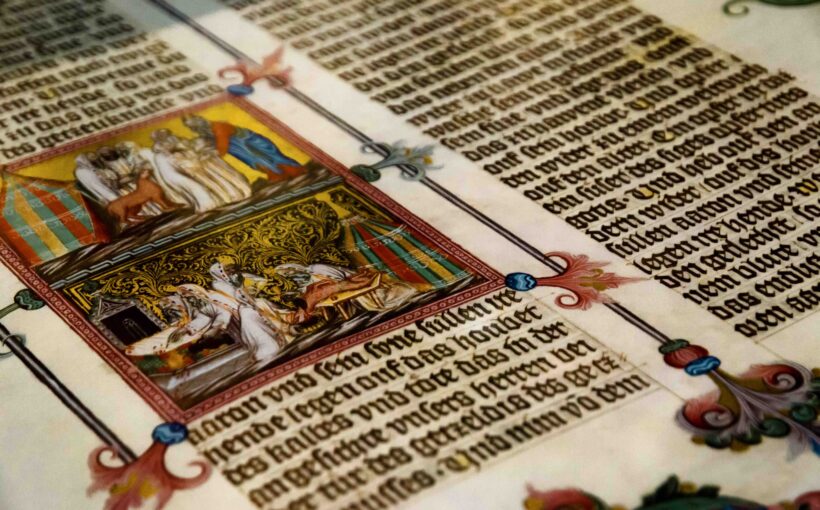 Northern Italy 13th and 14th century the rise of humanism

“Humanism, term freely applied to a variety of beliefs, methods, and philosophies that place central emphasis on the human realm. Most frequently, however, the term is used with reference to a system of education and mode of inquiry that developed in northern Italy during the 13th and 14th centuries and later spread through continental Europe and England. Alternately known as “Renaissance humanism,” this program was so broadly and profoundly influential that it is one of the chief reasons why the Renaissance is viewed as a distinct historical period. Indeed, though the word Renaissance is of more recent coinage, the fundamental idea of that period as one of renewal and reawakening is humanistic in origin. But humanism sought its own philosophical bases in far earlier times and, moreover, continued to exert some of its power long after the end of the Renaissance.”

Humanism, particularly the learning of Latin and and later on, Greek were an important part of the education of medieval regular doctors. Latin was the lingua franca of learning and especially of medicine. It was usual for medieval doctors to latinize their surnames and refer to themselves by their Latin names, in the style of the humanists.

The city’s faculties of law and medicine were established in 1220 by Cardinal Conrad of Urach, cistercian monk and Abbot. Montpelier at the time the second or third largest city in France, was a possession of the kings of Aragon (Spain), and had a cosmopolitan population with many Muslims of Andalusian origin and Jews. Regular dissections started in 1376 when the Duke of Anjou allowed dissection of executed prisoners (Prioreschi).

The medical school was established around 1250. By the end of the thirteenth century it had a Europe wide reputation for excellence. Doctors trained at Bologna practised all over Europe. Mondino de Liucci (ca. 1275-1326) carried out the first human dissection since Alexandrian times. His book on anatomy, Anathomia Mondini, published in 1316 was the first book entirely devoted to the structure and function of the human body. In spite of having no illustrations, it was used for teaching anatomy for more than 200 years.

Padua was then part of the Republic of Venice. The University dates from the time when a number of professors and students left the University of Bologna owing to various grievances. The first records of Padua as a recognized university date from 1222, some time after the exodus from Bologna. The link with Bologna was at first used to legitimize the University, but Padua was soon competing as a rival. Gentile da Foligno carried out the first dissection in Padua in 1341

The first official date for a medical university in Paris dates from 1213 (Prioreschi) although medicine was taught there earlier. Dissection became a regular part of the curriculum in 1494 (Prioreschi).

Many itinerant surgeons offered their services at fairs. They specialised in particular operations like hernia and lithotomy (surgical removal of stones) and often were highly skilled in particular specialities.