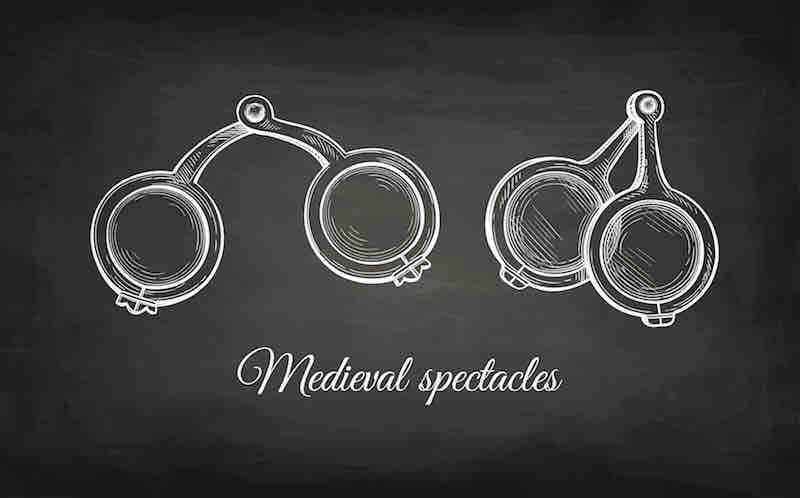 Writes a treatise on theriac. Translated into Latin in the 13th century as Tracatus de tyriaca. Theriac was widely sold in Apothecaries’ shops right up to the 19th century. Town authorities sought to monitor its manufacture and supply so that customers were not duped by inferior or fake versions. (Ball)

Many so called lepers may actually have been suffering from diseases such as elephantiasis or lupus or severe forms of psoriasis. Medieval physicians were unable to distinguish between these diseases.

Polymath and physician Ibn Nafis’ manuscript no. 62243: “Commentary on the anatomy of Canon of Avicenna” was rediscovered in 1924 in Europe, clear evidence that Ibn Nafis had understood and described how the pulmonary circulations works nearly 300 years before Harvey.

“The blood from the right chamber must flow through the vena arteriosa (pulmonary artery) to the lungs, spread through its substances, be mingled there with air, pass through the arteria venosa (pulmonary vein) to reach the left chamber of the heart and there form the vital spirit.” (Pickover)

Recipes for making alchohol using distillation (of wine etc.) start to appear. By thirteenth century it is called aqua vitae: water of life. (Why is alcohol mentioned in a history of medicine? Because it is used to make tinctures of herbs.)

The Toledo School of Translators

Toledo was already a centre for multicultural learning and scholarship under the Moors with important libraries of works in Arabic. As part of the ongoing “Reconquista” of Spain from the Moors by Christian rulers which only finally ended in 1492, Alfonso VI brought Toledo under his authority in 1085. In the 12th and 13th century the “Toledo School of Translators” attracted scholars from all over Europe. Scientific, philosophical and medical Arabic texts were translated into Latin, Hebrew, Castillian and Ladino (a Spanish/Hebrew hybrid language still spoken today by some in the Jewish diaspora). Many Greek philosophical,scientific and medical texts that were lost in the original Greek, existed in an Arabic translation thanks to the Islamic Golden Age. Notable translators of the school were the Italian Gerard de Cremona in the twelfth century and the also Italian Gerard de Sabloneta in the 13th century, confusingly, also known as Gerard de Cremona. According to one modern source the second Gerard is the one who translated all the medical texts into Latin while another modern source attributes the the translation of Avicenna and Al Razi to the first Gerard. Confused? So am I.

1299 Venice, Italy, Marco Polo describes use of eyeglasses in China

In his book “The Travels of Marco Polo” which Polo (1254 – 1324) dictated to a fellow inmate while in prison, Polo describes his 24 years of travel in the east, in the service of the Mongol emperor, Kublai Kan. In Polo’s time and even today there were and are some doubts about the authenticity of his accounts but the modern consensus is that while he may have embroidered a little, the account is by and large, true.

The Florentine, Salvino D’Amate is credited with being the inventor of eye glasses in 1286 but this claim has been shown to be a hoax. Nevertheless, eye glasses appear to have been invented around this time in Italy.