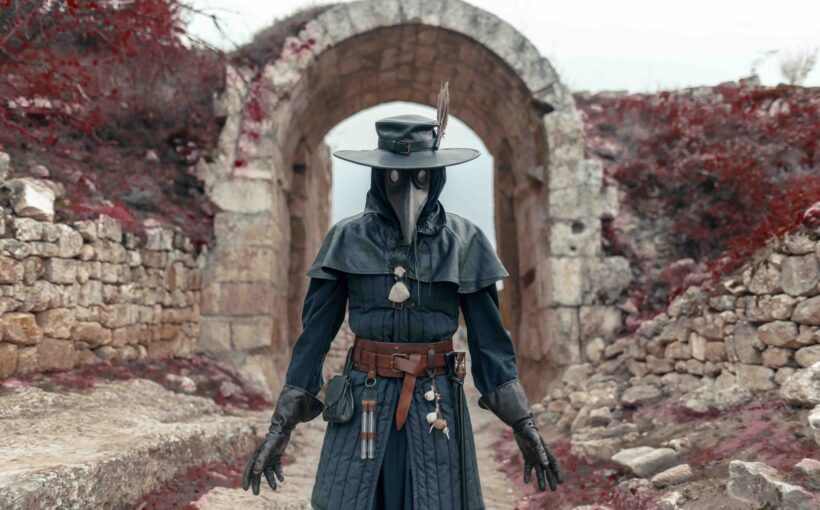 The plague doctor at the cemetery gates

Fourteenth century AD – the Great Plague aka the Black Death

Thought to have originated in China, the Black Death travelled along the silk route and reached the Crimea in 1346. It spread around the world and throughout the whole of Europe apart from some isolated pockets and for some reason, spared the whole of Poland.

Irvin Stone, the vitamin c expert theorises that a vitamin c deficiency may have been a co-factor or even the cause. Particularly as many outbreaks started in spring when a long spell without vegetables or fruits and thus without vitamin c during the winter would have caused severe immuno-deficiency . (I would add that there is also the fact that the first plague coincided with freak weather conditions and crop failures leading to widespread malnutrition and starvation). Here is my theory for why Poland was spared, inspired by Stone’s thesis: Sauerkraut had been introduced to Poland by the Mongols during their 3 separate invasions in the thirteenth century 1240 to 1288. The Mongols had learned its use from the Chinese and used it as travelling rations. Even today, Poles eat pickles with every meal and sauerkraut is a traditional cure-all in Poland and other eastern European nations. . Could the Polish immunity to the Plague be thanks to the plentiful vitamin c (and probiotics) in Sauerkraut, made and stored in the autumn for use throughout the winter? Just a theory. Here is my video on the subject.

According to medieval historian Philip Daileader in 2007:

“The trend of recent research is pointing to a figure (,,,) like 45–50% of the European population dying during a four-year period. There is a fair amount of geographic variation. In Mediterranean Europe, areas such as Italy, the south of France and Spain, where plague ran for about four years consecutively, it was probably closer to 75–80% of the population. In Germany and England … it was probably closer to 20%.”

Jews were blamed and murdered!

Jews were accused of poisoning wells and many Jews were murdered. The Jewish communities of Mainz and Cologne were exterminated. Over 200 small and large Jewish communities were destroyed throughout Europe. Around 1% of the population at that time were affected by leprosy. Lepers were another scapegoat and were killed. This might account for the fact that there was virtually no leprosy after the plague.

The plague is thought to have been caused by a bacillus spread by rat fleas. There were intermittent outbreaks of lesser severity in later centuries. The traditional explanation for epidemics was “miasmas” and this led to some sanitation measures being taken with refuse cleared from streets and main thoroughfares being cobbled so that they could be sluiced.

Bologna 1405 All medical students must study astrology for four years.