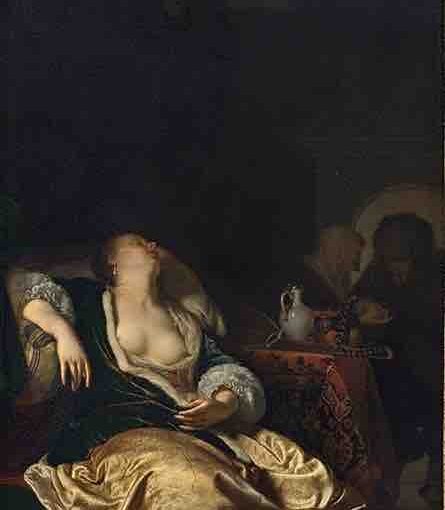 A series of acts were enabled to regulate the medical profession and settle demarcation disputes between physicians, surgeons, apothecaries and barber-surgeons.

1512 Act regulates the practice of medicine in London and provinces. Within 17 mile radius of London, only graduates of Oxford or Cambridge could practice.

1518 The College of Physicians founded by letters patent as the regulatory body.

1523 The authority of the acts was confirmed by Parliament and extended to the whole country.

In early 1540’s two more acts passed. Due to the persecution, particularly by the surgeons, of many herbal healers, who provided (often free) services to the poor, the second act was to protect these healers.

1540 The Herbalist’s Charter (also known by physicians as “The Quack’s Charter”).

This Act has provided (somewhat flimsy!) protection for herbalists to this day. Today, members of The National Institute of Medical Herbalists founded in 1864, are accredited by the NIMH after a three year Bsc course at one of five UK universities.

Eucharius Rösslin (c. 1470 – 1526) was physican to the city of Worms. He was shocked at the high infant mortality rates which he attributed to midwives carrying out their trade in a slipshod manner and this led to the writing of the book about childbirth called in German, “ Der Rosengarten”, (the Rose Garden) with wood block illustrations of such things as “the birth chair”, “ the lying in chamber” etc. The book was a great success and was published in English in 1540 as “The Birth of Mankind”. By the middle of the 16th century it had been translated into all main European languages and was the standard text for midwives for the next 150 years. Rösslin would not have been able to write the book based on his own experience (unlike the 2nd century Romano Greek Soranus who attended births) since male attendance at childbirth was a taboo in medieval Europe and only 9 years later (see next entry) another physician in Germany (Hamburg) would be burned at the stake for attempting to do so. Most of the material for Rösslin’s book came from ancient latin and near contemporary latin plagiarisms of Soranus. Childbirth with the woman lying on her back only became the norm after the 17th century with French obstetrician Francois Mauriceau publishing a treatise on midwifery recommending this position in 1668, for ease of delivery with forceps.

1522 Hamburg, Germany, Physician burned at the stake for observing birth

Dr. Werth disguised himself as a woman to observe and learn about childbirth. He was recognised as a man by a midwife and burned at the stake while other physicians watched. (Pickover). Note: I have been unable to find any information about this except for a cryptic entry in Pickover’s book so I am unsure how historically reliable this or even whether Pickover is inventing this to detect copyright infringement.

1526 Rome, Italy. Berengario first to to use mercury to treat syphilis.

Jacopo Berengario da Carpi (1460-1530) (Carpi is situated between Bologna and Parma) Beregnario was the son of a surgeon and as a boy, often assisted his father. He studied medicine at Bologna and received a degree in philosophy and medicine in 1498. After obtaining his degree he returned to Carpi to assist in his father’s practice for a while. He made several visits to Rome where “the French disease” was epidemic. Benvenuto Celini the famous Florentine sculptor and goldsmith, who contracted syphilis but allegedly cured himself with guaiac (see excerpt) provides a famous (and one sided) account of Beregario’s stay in Rome in Celini’s autobiograhpy:

“At that time , a very great surgeon came to Rome, he was called Maestro Iacomo da Carpi. This capable man, among others, treated some desperate cases of French disease [syphilis]. In Rome, the disease was common among priests, especially the richest among them and he became well known as he declared that he could cure the disease in the most marvelous fashion with the use of certain perfumes. He wanted to agree on the fee before the treatment, however, and those fees were not in the tens but in the hundreds…  He was very learned and spoke marvelously on the subject of medicine. The pope wanted him to remain in his service but the man said that he did not want to be in the service of anyone in the world and that whoever needed him could seek him. He was indeed shrewd and it was good for him to leave Rome because, a few months later, all those whom he had treated were doing very badly and many were worse than before. Had he remained in Rome, he would have been killed ”.

In 1502 he became a lecturer in surgery and then anatomy in Bologna. He treated powerful patients, among them, several Medici. Berengario seems to have had a gift for cultivating powerful connections (was he being rewarded for his discretion I wonder?) and he became wealthy, collecting artworks and a large house to keep them in. In 1529 he left Bologna to become court surgeon to the Duke of Ferrara. In 1535 he published his book on anatomy “Anatomia Carpi” which made him the most important anatomist to precede Vesalius. He was the first to describe the heart valves and corrected some of Galen’s mistakes, such as the rete mirabili.

Note: I found many discrepancies in the different accounts for Berengario da Carpi, the dates when he was supposed to be in Rome, his father given as “physician” in some accounts, in others “surgeon” and still others “barber-surgeon” etc. so I cannot vouch for the accuracy of any of my account. Even the famous Cellini’s famous quote differs according to which of the three possible translations you use. I was unable to ascertain what his syphilis treatment consisted of exactly. Mercury had been widely used by the Arabs to treat all skin diseases and so it would have been quite logical for physicians of the time to use it for syphilis. Avicenna admonished that mercury should only be used for external applications and I suspect that Bergenario used it in this way.