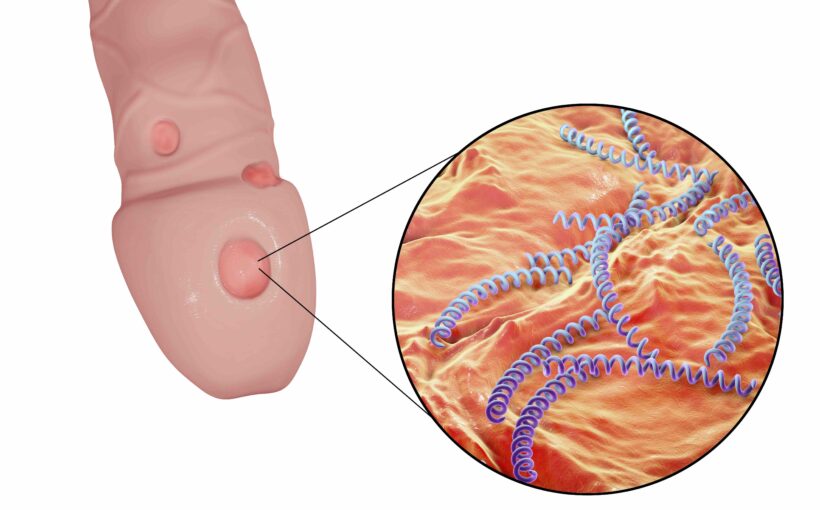 Syphilitic ulcers ulcus durum and close-up view of syphilis bacteria Treponema pallidum on the surface of a penis, 3D illustration

Between 1492 and 1503 Colombus made four round trips between Spain and the Americas, financed by, and under the aegis, of the Spanish Crown.

1495 Naples, Italy, Syphilis breaks out among the invading army of Charles VIII of France

The disease takes the form of an epidemic. The initial symptoms (in the first phase) were genital sores, followed by fever, a generalized rash, together with joint and muscle pains. These symptoms were followed, weeks or months later, by foul smelling ulcers and abscesses all over the body, accompanied by severe pains. Sores became ulcers that could eat into bones and destroy eyes, nose and lips. The sores often extended into the mouth and throat, often leading to early death.

Charles’ soldiers were mostly mercenaries, Swiss, Italian, Gascon and Spanish who dispersed back to their home countries, together with their camp followers, on Charles’ retreat back to France. They would take the disease with them and it would ravage Europe and spread to the whole globe. There was some discussion at the time as to whether this was a new disease or not. (A discussion which continues today). The disease had many different names, among them Morbus Gallicus, the French disease. It was usually named after the enemy/country thought to be responsible for it. In the decades during the spread of the disease throughout Europe, it was thought to have been brought to Europe from the West Indies by sailors under Columbus. It appears that the disease was much more severe than the syphilis of today, with a higher mortality rate and more easily spread. It is thought that the lessening of severity in later centuries may be due to an acquired immunity among the general population. (Could it be simply because of improved immunity due to better diet?)

The symptoms of syphilis develop in three stages, described below.

The primary and secondary stages are when you are most infectious to other people. In the latent phase (and usually around two years after becoming infected), syphilis cannot be passed on to others.”

Girolamo Fracastro is famous mainly for naming syphilis (in an epic poem of three volumes) and treating it with mercury and oil of guaiac. (Oil of guaiac is obtained by steam distillation of palo santo wood. The palo santo tree grows along the coast of South American). Fracastoro was born in Verona. He was a physician and scholar in mathematics, geography and astronomy. He studied at the university of Padua.

In Verona in 1517, building work brought some fossils to light. Fracastoro proposed that they were the remains of living creatures, an explanation that was rejected for the next three hundred years. Fracastoro practised as a physician in Verona. He published his ideas on the causes of epidemic diseases in his book published in 1545: “De contagione et contagiosis morbis (On Contagion and Contagious Diseases). He stated that contagious diseases are caused by rapidly multiplying “seeds” (seminaria contagiosa) and infection occurs in three ways; by direct contact, by carriers such as clothing and linen and through the air. This precursor of the “germ theory” was widely acclaimed at the time but fell into disrepute until confirmed by the experiments of Koch and Pasteur.