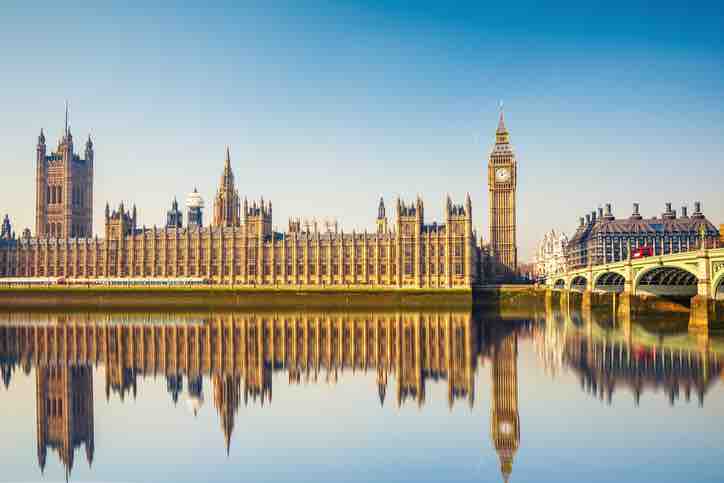 The Houses of Tyranny

This piece by Martin Cruttwell john.cruttwell@sfr.fr is an interesting analysis of how special interests have hi-jacked our “democracy”

Is UK “democracy” really a system of tyranny?

Boris almost certainly got his 80 majority on one or two policies, first Brexit, second the “Red wall” constituencies. Most of the Brexiteers were so desperate to get back their self-government that they would take a chance on the leader of the treacherous party which gave it way 48 years ago.

This “democratic” system which allowed Johnson, the man who allowed for the May interregnum by admitting in a leadership contest that he wasn’t up to the job, to gain total power was most aptly described by former Conservative Law Lord Hailsham as “elective dictatorship”. i.e. a dictatorship with an “elective” component to help you chose your preferred version.

Indeed, as far back as 1970 he also warned:” It is the Parliamentary majority which has the potential for tyranny. The thing the Courts cannot protect you against is Parliament –the traditional protector of liberty – but Parliament is constantly making mistakes and could, in theory, become the most oppressive instrument in the world”. Because “democratically elected”!!!

What was the tyranny Johnson unleashed on the British people? The Covid Lockdown, which, instead of protecting the vulnerable and leaving the rest alone, shut down thousands of small businesses, unlawfully imprisoned many in their homes, killed many thousands of our elderly in inhuman circumstances, created an excuse for Sunak to borrow billions and severely damaged other parts of society like education.

Since after every General Election the country finds itself locked into a 5-year program, normally under a single party with a “majority” what does “elective dictatorship” really mean? Just that, dictatorship with an “elective” component.

The voter is forced (totalitarian) to consent, a very important constitutional word, to :
a) one or other of several “collective packages” or manifestos in its entirety, created by some anonymous persons with the unashamed objective of gaining power in pursuit of goals commercial or ideological of their own, because that is the only game allowed, b) a candidate who, taking the Party Whip, agrees in advance of any detailed discussion to vote as directed in exchange for a career in Parliament c) the distinct possibility that a party the voter did not want in any shape or form becomes the government and has total power over him, because of the way others voted!! Reassuring?

The awful truth is revealed about the manifesto idea when you explain that ”freedom is the ability to accept or reject one policy at a time”, which would give the individual a degree of control over government by refusing consent and compare that with the compulsory manifesto!.

The voter has been tricked into transferring consent regarding the entire manifesto, thereby handing over total control to government both in all aspects of the manifesto and beyond, regarding any matter arising thereafter.

This situation is entirely lawless a) because the governing body, the Cabinet, operates entirely under “convention” not law, can conceal its activities for 30-years and under “collective responsibility” means no one can be impeached and punished for misgovernment. b) this centralisation of power effectively cancels any other long-established authority legal or regal which might inhibit that power, in the protection of individual liberty.

This totality of power leads to what party politicians describe as “Parliamentary Sovereignty”, whereby they claim that because they are “elected by the people” they are the ultimate authority. This means that any ancient law, like the Act of Settlement, 1701, which forbids an MP also being in the pay of the Crown, a Minister, or the Bill of Rights 1689, which Speaker Betty Boothroyd declared still the law of England, is effectively null and void.

It also means that the Executive Contract between every new Sovereign and the people, as expressed through each Coronation Oath (Coronation Oath Act 1688) to “govern according to our respective laws and customs” is also rendered null and void, because Party politicians tell us the Sovereign is “above politics” and only acts as “advised” by them. Very convenient.

It means the people have no redress via the Sovereign and the only “alternative” is another party or part of the same system. More of that in a moment.
This convenient “convention” organised by the party system cancels the ancient Common Law right to petition the Crown to obtain redress, as ½ million of us discovered when we tried to stop Heath take us into the EC, contrary to English law.

It gets even worse. Readers are aware of the expression “Royal Assent”, a belief that every piece of legislation has to have the personal Assent of the Monarch. Not so. I was told by the House of Lords Office that the last Monarch to personally grant “Royal Assent” was Queen Victoria in 1854! I have also been told that in fact Edward VII had a thing or two to say but when George V took over he was persuaded by Asquith that “Royal Assent” was no longer a valid prerogative and could be left to “advisers”, a Committee from the House of Lords called “Queen’s Cousins” under Letters patent!!.

In fact what “we the people” might want was confirmed as irrelevant by the Royal Assent Act 1967 (Labour) conveniently automating the “Royal Assent” process, just before Edward Heath got to work in 1970 and thereby repealing the Royal Assent by Commission Act 1541 by which Henry VIII arranged to execute his wife Catherine Howard by remote control.

All this happens because we vote away our rights when we vote for a party government! .
Another feature of this matter is called “Queen’s Consent” where the Queen and Prince of Wales are consulted regarding any legislation which might effect their interests!! How nice for them!! Cosy relationship between Monarch and politicians!!

All this is what comprises the “elective dictatorship” under which we are forced to live, because we have been tricked into consenting by party politicians, many of whom don’t understand either.

How did this frightful situation, which instinctively disgusts the public, come about?
We have seen how Victoria was probably the last monarch to personally Assent. The historian Sir Lewis Namier in a public lecture in 1952 ( just before the present Queen’s Coronation!!) seems to explain what happened during the late 19th Century (towards the end of Victoria’s reign) with the formation of disciplined political parties under Disraeli and Joseph Chamberlain: “ the Prime Minister replaced the Sovereign as actual head of the Executive when the choice of Prime Minister no longer lay with the Sovereign; the Sovereign lost the choice when strongly organised, disciplined parties came into existence….” Suffice to say here that when the Sovereign could no longer get the assent of the independent freely elected Commons for the Ministers he invited because the Commons had fallen under control of the party machines the choice of Ministers moved to whomsoever controlled the Party and could best bribe the growing electorate to power. The Monarch was forced to act “as advised”.

With this significant tilt away from Royal prerogative towards Party control the balance of power became dangerously centralised, albeit behind a democratic disguise, more correctly called “universal suffrage”.

Not forgetting that under this form of control politicians took Britain into two world wars which advanced Communism, as Lenin forecast. As Lloyd George said “Wars are precipitated for motives which the statesmen responsible for them dare not avow”.

That we live under a dictatorship is confirmed not only by recent experience but by witnesses at “the coal face” so to speak when the late Sir Julian Critchley MP (Con) admitted:   ” as long as we backbenchers vote the way the Whips tell us, nobody cares much what happens during the debate,” Readers Digest Nov 1989, p.80., and
“The notion that the House of Commons is made up of 650 MPs who individually reach carefully considered opinions and who act as a brake on the Executive is so far from the truth as to be ludicrous. The Whips are in absolute command. The Executive is in total control. What the government says goes”. Dr. David Owen MP, Mail on Sunday, 3/6/90!!

So clever is this democratic disguise that I am reminded of Oswald Spengler in his great tome” The Decline of the West” p.461, when he wrote:
” The will-to-power operating under a pure democratic disguise has finished off its masterpiece so well that the object’s sense of freedom is actually flattered by the most thorough-going enslavement that has ever existed”!!

Of course, the uninformed believe that all you have to do is form a new party. With them, the “good guys” in charge, all will be well if we give POWER to them.
All of whom fail to understand that it is not just a matter of a different policy but a correction of the damage done to the constitution and smothering of individual liberty (“collectivisation” of the manifesto) by the party system, of which they are a fiercely competitive part and therefore cannot challenge.

In fact, by contesting elections not only against each other and so splitting the vote they not only guarantee that one of the main parties will succeed again but by failing to remind the voters of the crimes committed under such regimes (Lloyd George) they fail to frighten the voters away in sufficiently large numbers.

By being part of the “divide and rule” party system they fail to see that uniting with regard to the one essential policy – the restoration and repair of the constitution and our liberty – is the missing ingredient..