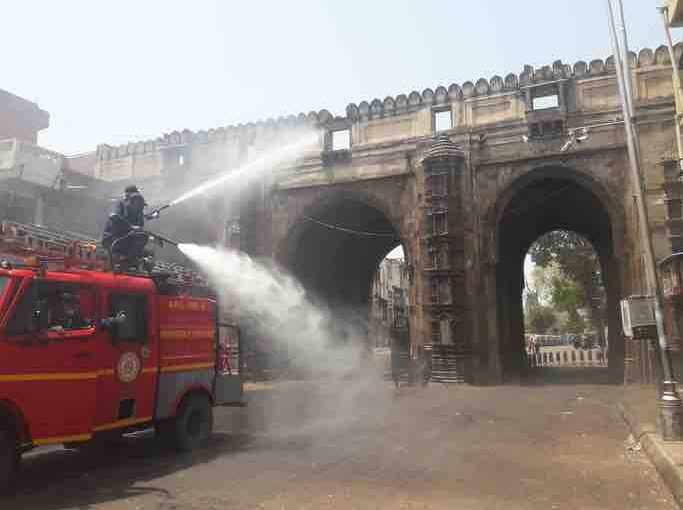 Firemen sanitizing Ahmedabad’s Teen Darwaja (three gates) on 08th April 2020 during the drive to sanitize the old city areas by Ahmedabad Municipal Corporation(AMC) in the wake of Covid 19 cases.

In Gujarat a homeopathic remedy to “boost immunity” was being distributed from March 2020. By August half the population had received it. Everyone is drinking their Kadha. (See previous post on all India.) We estimate the case mortality rate from coronavirus in Gujarat at 0.037%. Compare this with 1.0%  in the UK.

Disclaimer, although I applaud India’s refusal to bow the knee to allopathic medicine during the (phoney) pandemic. I give evidence on this website that the medical profession is lying to us a) there is no virus pandemic, only a pandemic of vitamin d deficiency and b) Drs. Fowler and Marik in Virginia demonstrated that people who die from acute infections in Intensive Car Units (ICU’s) die from acute scurvy and that high dose vitamin c intravenous given in ER (US) A and E (UK) prevents the need for intensive care. How the covid scam can be over in 5 minutes

We will give you for each state: