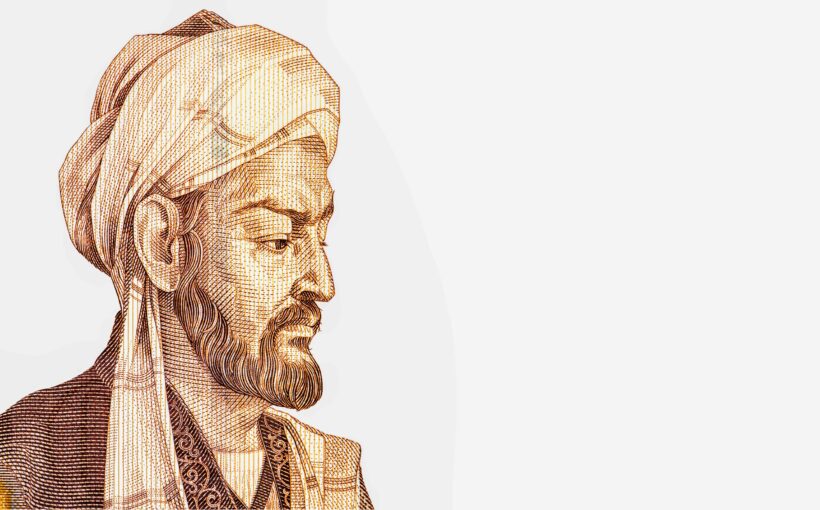 10th Century AD Bukhara, modern day Azbekistan (then capital of the Samanid Persian Empire) Avicenna (aka Ibn Sīnā) 980 – 1037
Bukhara was part of the Samanid (819–999), Persian dynasty closely affiliated to the Abbasid dynasty and mirroring the Abbasid state structure and with a similar reverence for and encouragement of learning and scholarship. Bukhara at that time was a rival to Bagdad.

According to Avicenna’s own autobiography (which may or may not be accurate – it is the only source), Avicenna was a child prodigy and by the age of 10 could cite the whole Koran and by 16 had read all the philosophical and medical works. (Strathern).

Avicenna is the European, medieval, Latinized corruption of Ibn Sina. Avicenna became physician at age 18 to the Samanid emir in Bukhara after he successfully treated him for a dangerous illness. This gave him access to the court library which had one of the finest collections of books in the region.

The Samanid dynasty was crumbling however, and came to a definitive end when Avicenna was 24. In Avicenna’s life time, the region was increasingly unstable and Avicenna spent years wandering far and wide, from the court of the ruler of one shaky and volatile domain to another.

The last 12 years of Avicenna’s life were spent in the service of the Kakuyid ruler in Isfahan in central Persia as a physician and literary and scientific adviser, accompanying him on many campaigns. On one of these campaigns Avicenna fell ill and died from colic.

Polymath who wrote in both Persian and Arabic

Avicenna wrote both in Persian and Arabic which was the accepted scientific language of the region. He was a polymath and wrote treatises on alchemy, philosophy, astronomy, geology, psychology, Islamic theology, mathematics, logic, physics and poetry among other subjects, as well as medicine.

“Al-Qanoon” the canon of medicine

Avicenna is above all famous for his 5 volume “Al-Qanoon” known in the west as the Canon of Medicine. It was the most famous medical book ever written and was a standard medical text in Europe and the Islamic world until the 18th century. It was still being taught at that time in the famous medical schools of Padua and Montpelier. The Canon was translated from Arabic to Latin sometime in the twelfth century in Toledo in southern Spain, recently conquered from the Moors but whose Islamic and Hebrew traditions were still tolerated and fostered by its new catholic rulers.

His own version of the four humours and temperaments

Avicenna of course had his own version of the four humors and temperaments. The humors were composed of four primary types of fluids: sanguineous, serous, bilious, and atribilious with “secondary fluids” separated into “non-excrementitious” and “excrementitious”. His temperaments were hot, cold, moist and dry – so called “simple temperaments”. A further 4 “compound temperaments” were composed of hot and moist etc. Each organ of the body had its own specific compound temperament and degree of hotness or moistness etc. Avicenna was naturally a blood-letting enthusiast (so no surprise there then) and enemas and purges were to be used.

Contents of “The Canon of Medicine”:

• More concise in comparison to Galen
• Describes a host of diseases with diagnosis, prognosis and treatment
• Prescribes treatments for anorexia and obesity for the first time (Strathern)
• Excessive bleeding stemmed by tourniquet (since ancient Egyptians)
• Wounds treated by cauterizing (disinfects and staunches blood flow – since ancient Egyptians)
• Al Razi’s catheter for draining internal infections
• List of 800 simple drugs and rules for how to use compound drugs
• Seven rules for testing new drugs (taken partly from Galen)
• Favoured drugs which have been proved effective by experience – compounds might have unexpected or much stronger effects than simple drugs
• Distinction of mediastinitis from pleurisy
• Contagious nature of tuberculosis
• Spread of diseases by water and soil
• Careful descriptions of skin troubles, sexual diseases and perversions and nervous ailments
• Frontal areas of the brain might be responsible for reasoning
• Saw medicine and surgery as one
• Parts of the body and their functions must be be approached through observation and dissection
• Describes the symptoms and complications of diabetes
• Importance of daily exercise and quality of food and sleep for good health. – “Do not sleep during the days, and do not stay awake during the nights”
• Both forms of facial paralysis described in-depth
• Quarantine for infectious diseases

• Even more complicated and ingenious metaphysical/humoral explanations for pathology than his predecessors and equally wrong
• Agreed with Aristotle that the heart was the ultimate source of all the faculties, “even if (for example) the brain is where the rational faculty manifests itself.”
• (Like Greeks) believed that epidemics are caused by “miasma”, vapours in the air