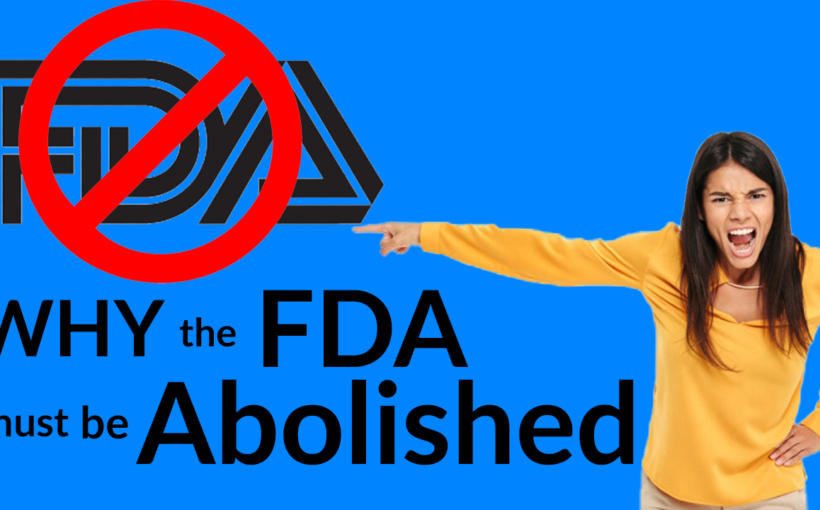 In my previous blog entry on how to slash healthcare costs in the US, I argued that the FDA should be abolished. I believe that the FDA is a corrupt organisation and its staff are bought and sold by the major drug companies. (Go ahead and sue me, make my day!) You will say, “Yes, but without FDA regulation the drug companies will kill us”. My answer is that they are killing us already. Let ambulance chasing lawyers do the regulation. They will be perfectly effective.

Let’s look at one disease: gout, and the drug colchicine given for gout and flares of gout when other medications have been used to treat the gout.

Note: Dr. Jean Seignalet (pronounce it “shon saynyalay”) treated 6 patients with gout with his hypotoxic diet. 5 had complete remissions and 1 had a 50% improvement.

Definition (from my forthcoming book on arthritis).

Colchicine
(oral, FDA withdrew approval of IV in 2008 due to toxicity). Brand name Colchrys. Given for acute flares of gout and familial mediteranean fever (Wiki). A very ancient drug. First described in the Ebers Papyrus in Ancient Egypt in 1,500 BC and listed as a treatment for gout by the Roman-Greek Dioscorides in the first century AD. Colchicine is found in the seeds, flowers and corms of Colchicum Automnale, a perennial plant of the lily family. The colchicine is extracted by solvent (Hartung 1953). Colchicine has a pronounced inhibiting effect on normal cell division (mitosis). Its anti-inflammatory effect is due to its inhibition of neutrophil motility (movement) and activity. “….peak plasma concentrations occur 1 hour after administration, maximal anti-inflammatory effects develop over 24 to 48 hours, based on intra-leukocyte accumulation. Colchicine reaches much higher concentrations within leukocytes than in plasma, and persists there for several days after ingestion…” (Slobodobnick et al 2015). In 2009, under the FDA Unapproved Drugs Initiative, URL Pharma invested 100 million dollars into 17 studies in exchange for FDA approval and exclusive marketing rights. URL Pharma then raised the price by 2,000%. Annual costs to the taxpayer funded Medicaid went from 1 million dollars to 50 million dollars. colchicine patents expire in 2029. In 2012, the Japanese drug company Takeda (top 15 in world) bought URL pharma for $800 million and earned $1.2 billion in revenue by raising the price even more (Langreth et al 2015).

An extract from the Patient Information Leaflet which must be given in packaging:
“…There is only a slight difference between an effective dose of Colchicine Tablets and an overdose. Therefore, if you get symptoms such as nausea (feeling sick), vomiting (being sick), stomach pain and diarrhoea, stop taking Colchicine Tablets and immediately contact your doctor…

Colchicine Tablets can cause a serious decrease in bone marrow function leading to a decrease in certain white blood cells (agranulocytosis), a decrease in red blood cells and pigment (aplastic anaemia) and/or a low blood platelet count (thrombocytopenia). You should have regular blood tests to monitor any changes. (my bold emphasis)

If you develop symptoms such as fever, inflammation of the mouth, sore throat, prolonged bleeding, bruising or skin problems, stop taking this medicine and contact your doctor immediately. These could be signs that you have a serious blood problem and your doctor may want you to have blood tests straight away (see also section 4 ‘Possible side effects’).”

The PIL also gives a list of many drugs which increase the danger of Colchicine toxicity when taken with colchicine. “….Colchicine toxicity can result in multi-organ failure and death…” (Iacobuzio-Donahue et al 2001). (This is not an exhaustive list of side effects, adverse reactions, contraindications etc. and is given for interest only – please consult other sources for guidance. I recommend an internet search for the drug in question + “patient information leaflet” or see the Physician’s Desk Diary, pocket reference).

The following extract is taken from a Bloomberg article by Robert Langreth and Cynthia Koons published in October 2015:

…Colchicine, a gout remedy so old that the ancient Greeks knew about its effects, used to cost about 25 cents per pill in the U.S. Then in 2010 its price suddenly jumped 2,000 percent.

That’s just one of the side effects of a U.S. Food and Drug Administration plan to encourage testing of medicines that have been around longer than the modern FDA itself, and so have never gotten formal approval. Companies that do the tests are rewarded with licenses that can temporarily give them monopoly pricing power as most rivals are eased or kicked off the market. The result has been a surge in the cost of drugs used in treatments from anesthesia to heart surgery and eye operations.

It can bring big paydays for the producers. URL Pharma, the small Philadelphia drugmaker granted rights over colchicine, was bought for $800 million by Takeda Pharmaceutical Co. in 2012. Asia’s biggest drugmaker has since brought in $1.2 billion in revenue from the branded drug, Colcrys, which went on the market at a wholesale price of almost $6 a pill. Takeda says testing for FDA approval made the drug safer.

But patients and hospitals are feeling the pinch, and politicians have begun to notice. Hillary Clinton’s recent promise to address the issue sent pharmaceutical stocks plunging. Critics say the FDA plan lets entrepreneurs make windfall profits on drugs where there was never much concern about safety or efficacy.
In many cases, the program “almost had the opposite effect as intended,” said Joseph Biskupiak, a professor at the University of Utah College of Pharmacy. “The only drugs that got studied are the ones that don’t have a problem…..

If your doctor prescribes Colchicine (or any other medication) for your gout or gouty arthritis, tell them this: “Are you out of your mind? Have you not heard about the Seignalet diet? and direct them to Dr. Seignalet’s results tables on this site.