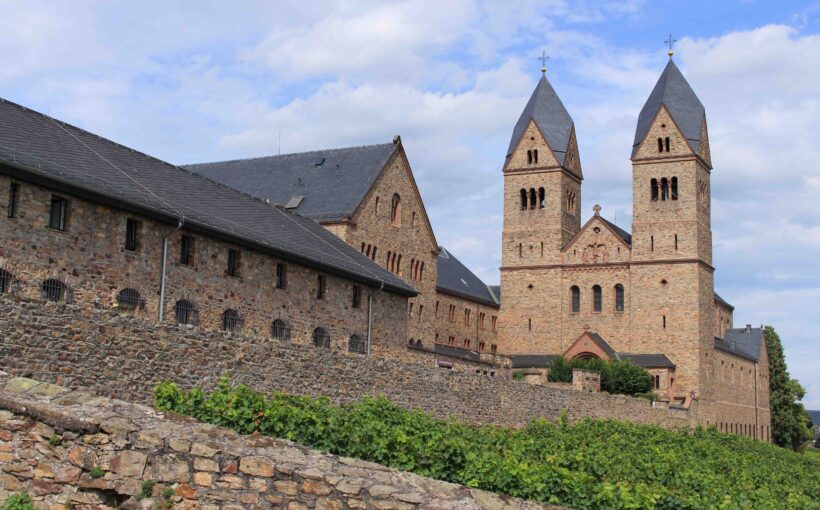 1,000 AD Mosul,  Muslim surgeon uses a syringe and suction to remove soft cataracts from the eye

In Europe. Disease: Punishment from God for your sins!

Disease was once again seen as a punishment from God for your sins and cures were sought at monasteries and monastic healing centres dedicated to various saints. A mixture of naturalistic and religious healing was practised (See St. Hildegard of Bingen for example).

Formal teaching of Medicine in schools that were part of universities started in Salerno from the 11th century onwards. Further schools were set up in Italy and France in the thirteenth century. Teaching followed strictly the humour and temperament theories of Hippocrates, Galen and Avicenna.

In Montpelier – surgery taught as a lowly craft

In Montpelier there was a division between so called “learned” physicians who were taught at the schools and surgeons. In Monteplier Surgery was regarded as a lowly “craft” and was only taught on a semi-official basis and surgeons were not allowed to teach medicine . At Padua in contrast it seems there was less of a division – with Bruno da Lugobucco (c1200 – c1286 being the first in a long line of professors of anatomy and surgery.

“3 years of “Pre-med school” to become proficient in latin

Teaching was in Latin and the curriculum was made up of Latin translations of Hippocrates, Galen and Avicenna. Students studied for a 3 year bachelor of arts before being allowed to study medicine for a further 3 years in order to obtain a batchelor of medicine. The bachelor of arts study was presumably needed in order to become proficient in Latin. With Latin as the official language of learning, professors from the best schools were easily able to move to teach at schools in other countries. This also held true for students of course who, thanks to Latin being the language of instruction, could go abroad to study at the best schools. Translations from Arabic texts into Latin continued at some of the schools.

In the dark ages, after the fall of the western Roman empire, Latin had survived as the international language of Christian scholarship in isolated monasteries throughout Europe. From the 11th century onwards, medical texts in Arabic would be translated into Latin. In this way, the writings of Hippocrates and Galen who wrote originally in Greek were preserved, first by being translated into Arabic and then into Latin. Greek medicine had been developed and added to by Arab physicians such as al Razi, Avicenna, Albacusis and others and their treatises were also translated into Latin. The first of these Arab to Latin translators was Constantine of Africa, a Muslim who converted to Christianity, probably from Carthage in North Africa who brought many books by Arabic masters of medicine first to Salerno, in southern Italy where he started to translate them into Latin and then at the monastery at Monte Cassino where he translated 37 books from Arabic into Latin and where he ended his days. Constantine’s translations spread very rapidly through Europe and were enormously influential. Better, more accurate translations were available soon after Constantine’s death.

Monks dispensed medicines during the 9th century and in the 11th century, scholars started to translate Greek and later, Arabic medical texts into Latin. Students came from all over Europe to learn medicine at Salerno. In 1140 King Roger II ordered a state examination to test prospective physicians. Holy Roman emperor Frederick II, decreed in 1221 that no one should be allowed to practice medicine unless he had been officially approved by Salerno teachers and in 1240 prescribed five years of study as well as a year of practical experience.

Hildegard was a Christian mystic who had visions from the age of 3 onwards and throughout her life. She was also a polymath and wrote texts on botany, medicine and theology and composed liturgical songs and poems. She became a nun at 8 (according to Hildegard herself ) in the Disibodenberg convent in the Palatinate forest in the west of what is now Germany. After becoming Prioress at Didibodenberg, Hildegard founded the St. Rupertsberg convent overlooking the town of Bingen for her 20 nuns in 1150 and in 1165 founded a second convent at Eibingen.

Hildegard was famous for her healing skill which involved tinctures, herbs and precious stones. She wrote “Physica”, on the natural sciences and “Causae et Cuare”. Hildegard added her own mystico-religious embellishments to Greek humoral theory.