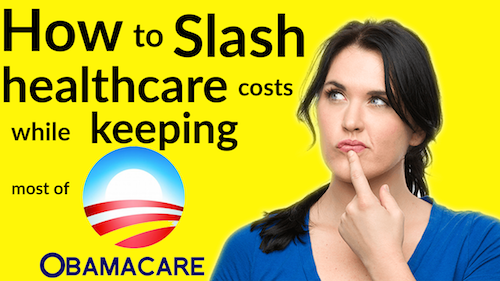 According to Scott Adams, everyone in the world is suffering from some kind of delusion or another and we perceive reality (our “movie”) based on what that particular delusion is.

Here is my movie: On this subject Scott, like most people, is suffering from a mass delusion. This is the delusion: “Modern medicine is based on science”. It’s not. It’s based on mass manipulation. With very rare exceptions, drugs do not cure disease. They mask symptoms while aggravating the present disease and creating new ones and many of them cause hearing loss. Antibiotics may save lives in some rare situations but their massive misuse causes hearing loss and further disease. To understand how we got here, you need to go back to just before and just after the turn of the century and look at two “massacres” the Rockefellers were involved in. The first was an economic massacre: the “Cleveland massacre” (1872) and the second was a real massacre, the “Ludlow Massacre” (1914). The first massacre demonstrates how the Rockefellers learned to wield economic hegemony and with the second massacre they learned how to literally get away with murder with clever use of public relations. Here is my healthcare plan:

3. Dissolve the FDA and Department of Agriculture. Replace them with an honest food supervision agency staffed by naturopathic doctors (N.D.s).

4. No mandatory FDA type regulation of drugs. If you want to bring a drug to market, fine. If people are stupid enough to take drugs for their condition instead of modifying their diet, doing a month long fast, taking mega doses of vitamin c or therapeutic hyperthermia in the case of infectious disease, vitamin therapy, juice fasting, hyperbaric oxygen therapy, etc. also fine. (The astronomical costs of bringing a drug to market because of FDA regulations suits the major drug companies just fine. It acts as a barrier to entry to smaller, innovative companies and allows the majors to maintain their monopoly. Without getting rid of FDA regulation, any other form of legislative tinkering in the hope of bringing drug prices down is pissing in the wind. You will say, “Yes but without drug regulation how can we stop the drug companies killing us.” My answer to that is that they kill us anyway. Let ambulance chasing lawyers do the regulation.)

5. A ban on the importation of any food from countries like Brazil which freely allow the irradiation of food.

6. A ban on genetic modification of plants and animals.

7. A tax on sugar, particularly on sodas and additional corporation taxes on companies like Coke and Pepsi. The revenue from these taxes to provide healthcare for their victims. (Take a leaf out of Mexico’s book!)

9. Encouragement of fasting clinics and other natural treatments clinics like Gerson clinics with tax breaks.

11. A ban on drug companies being involved in medical education in any way, shape or form. This means that the Merck manual is prohibited. A replacement manual of protocols to be produced by a federal agency set up for this purpose. Drug protocols can still be listed, but for every protocol that uses drugs, at least two alternative, natural protocols must be listed. One half of the staff of the federal agency to be N.D.s.

12. A ban on financing of University research by food companies or drug companies. The ban to be strictly enforced with jail time for those who try to get round the ban by nefarious means.

13. At every consultation with a doctor, the doctor must put forward two natural therapies or lifestyle changes that might reverse the disease before any drug prescription.

There remains one problem which 1 to 13 does not address. On the non executive board of every major drug company there is a least one person who has or had a career in a news agency or a newspaper group, (Reuters etc) as well as someone from a PR firm or advertising agency. The drug companies and the American Medical Association are responsible for the constant stream of news stories about the latest research breakthrough which means that, (fill in your disease here)……., will soon be easily cured. How do we put a stop to this endless brainwashing propaganda which has been going on for more than a century? Do we need to ban the AMA for example? Do people still believe what they read in newspapers? I don’t think so. So I think with 1 to 13 this problem should eventually go away. If not, then we will need to come back and address this problem.